Norfolk and Suffolk swimmers have been doing diversity dips throughout November to raise awareness and funds for some organisations run by and working with the Gypsy, Roma and Traveller Communities. Here are posts and photos from Days 8-14.

We were joined by swimmers across Norfolk and Suffolk, and from further afield, who had dips in rivers, lakes, the sea, a pond, and a canal!

As the months went on it got colder but there were some glorious sunny days. The lucky numbers lent us by the grandmother of one of the fundraisers, Milly, who describes herself as “Romani and proud”, helped us have fun. They are: 3, 5, 7, 21 and 30.

You can join in or send messages in our public  Facebook event, donate on the Sponsor me page, and read about the issues in this post about solidarity with GRT.

Summarising the first 14 days of the November swims:

Anna: We have raised over £600 so far! Well done everyone and Thank you to all of the supporters. 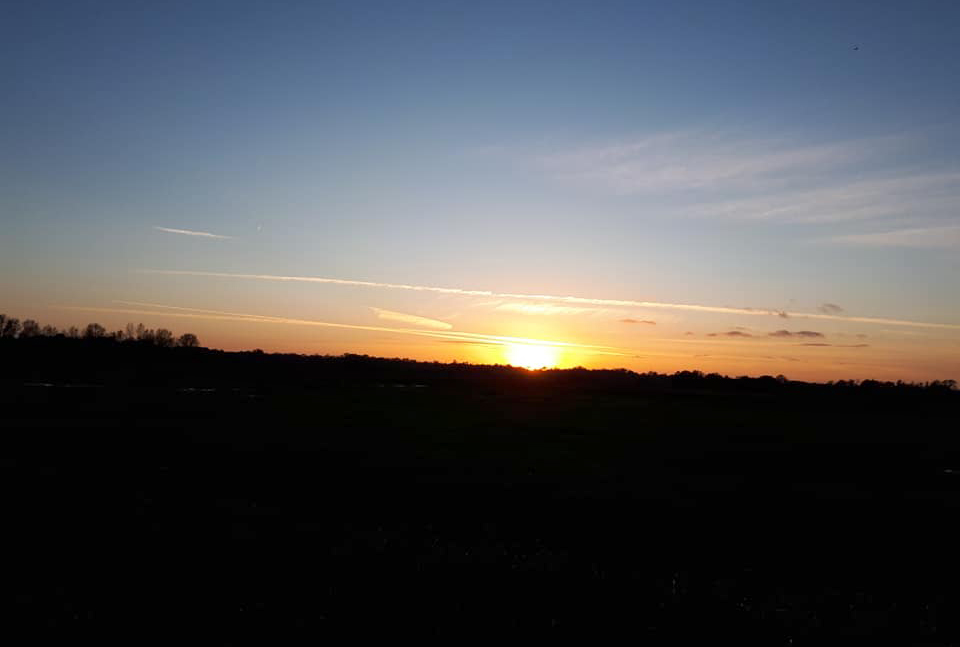 Helen, at Little Britain, Uxbridge: With you in spirit today in Cowley.

Imogen: Swim 9, in the Wensum. Found it rather hard to get in, partly because I wanted to avoid being seen by walkers on the opposite bank (due to being somewhere I shouldn’t, plus feeling a bit silly), partly because getting in always feels a bit silly. But as you can see I was happy once I was in, water warmed up a bit to 9.2 degrees, stayed in for 5 minutes – that’s the lucky number for today.

Tina: Swim 4, lucky number 30 mins in Yare with Amy. Bubble trails that could only have been an otter i think, watched for a long time but no sight of one 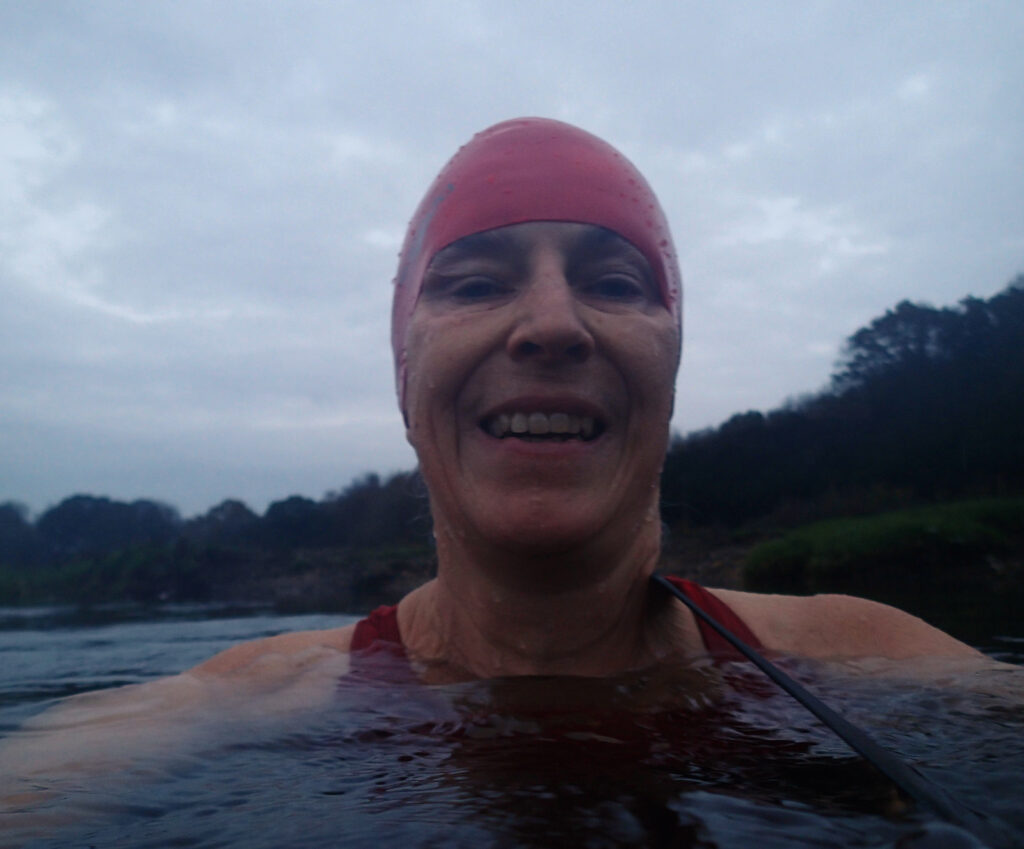 Imogen: Today’s Wensum swim, swim 10 of the month. Rather dull, if mild afternoon, so decided to brighten things up with red swimming costume and hat, though no one there to see it! Hat covered my ears very well so put my head in and did 50 m up against the current in water that has warmed up a bit to 10.7 degrees. I stayed in for a lucky 7 minutes. Took a private access way to the river which I have permission to use, as the weir is a very nasty one you should definitely stay out of, and the current was too strong to go up the side of it. 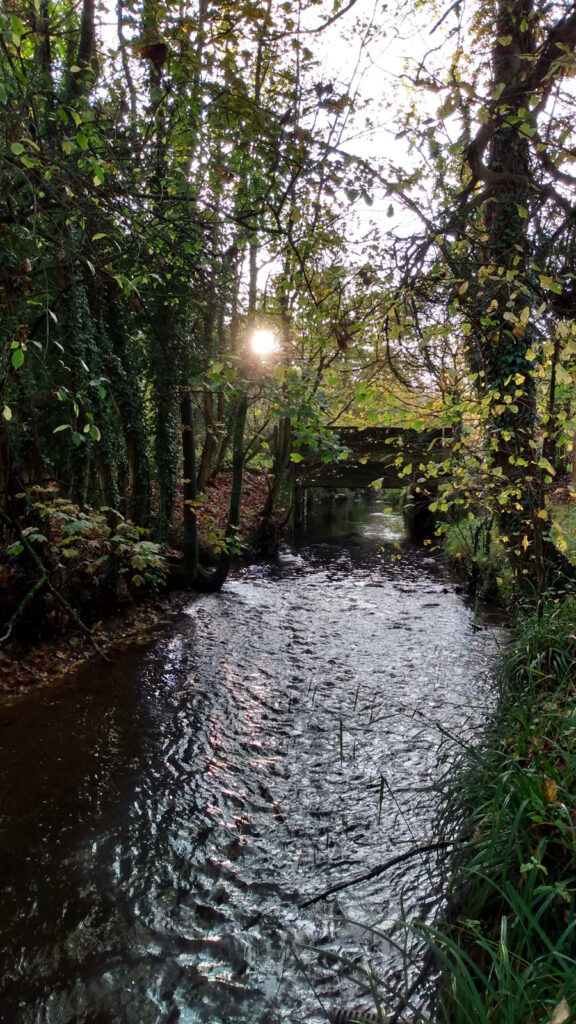 Imogen: Today’s November dip (No 11), was in a rather shallow and obscure stretch of the wonderfully named Wendling Beck, which surprisingly was 12°. I was only in for a couple of minutes of splashing, but I did definitely have a dip! It didn’t feel like a very lucky day before that, and there are no lucky numbers here, but I was much cheered by the brief sunshine and much refreshed by this rather absurd adventure.

Helen, at Little Britain Lake, Cowley: With you – on the Slough Arm Off Grand Union Canal, near Cowley, Uxbridge, with Tim. Staving off Lockdown2 depression, chronic back pain and winter time blues.

Helen: thank you, Jess!!! It’s a little strong for me. The flow was even faster today!!! Fat-burning short, sharp bursts of power-swimming required!!!

Tina: November swim 5 with lucky number 3 for me today. 3 lengths from Anderson’s meadow to the top bridge and back, 33 minutes in the water and brings my monthly total so far to just on 3k. Current slightly down and temperature slightly up to 10.4. My swimming mojo is returning. Really enjoying having lucky numbers to structure my swimming.

Shaun: Ooh – 3112m for me, all skins – longest in Lido last Tuesday, sea Wednesday then every day since in the river. River warning – the fisherman kindly took a rest while I swam then on exit told me he’d caught 3 pike already today – 5lb tiddlers !!! but had landed a 24lber before! 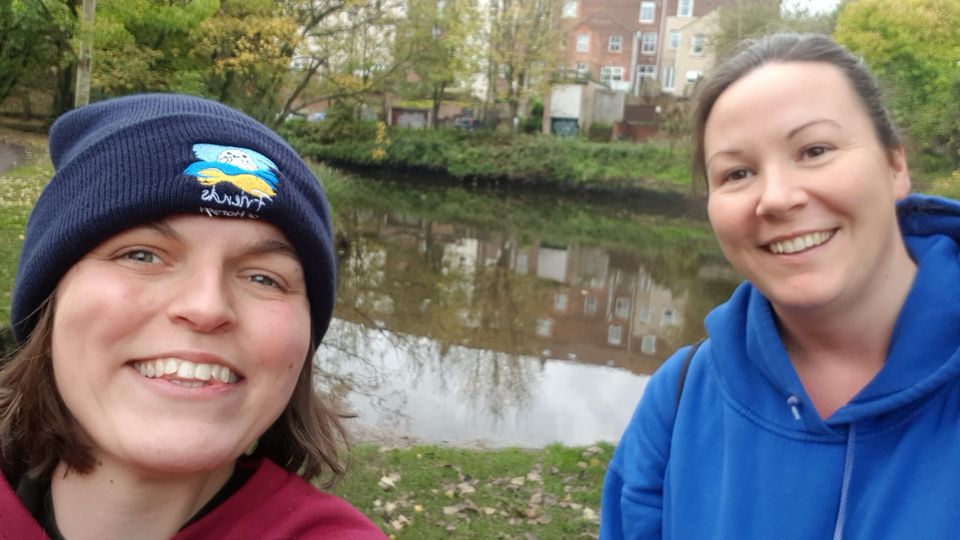 Jess: Impromptu but delightful lunchtime swim with Anna. In for (almost!) 7 minutes. Saw a kingfisher as we were getting out. Couple of interested friendly folk about. Swim no. 4 but now wondering if my target of 7 swims in the month is too modest?!

Anna: It was lovely! And now I have proven that I can get from my desk, swim, shower, eat something hotand be back at my desk in exactly 60 minutes- there should be no excuses! Thanks Jess

Imogen: A new spot in the Wensum for me today! 10.5° for swim 12 in November, 10.5 minutes (time +temp= lucky 21), quite a fast current to swim against or swoosh, rather a lot of swans that weren’t a problem but less happy with the dead one stuck in branches in the river, though. Some nice walks from this railway that is being restored, happened to be some friendly volunteer workers there today, and in better times it has a tea room.

Helen: Before and after our late afternoon swim in the River Colne, next to Little Britain fishing pond, near Cowley, Uxbridge, off the Slough Arm.

7 mins acclimatisation, 18 mins total, whilst building up our resilience; lots of layers before and afterwards, 10 degrees temperature, power swimming against the flow. Hours of elation and pain-free existence, and several mugs of hot tea on our return. Loving the Slough Arm in Lockdown2

Imogen: Beautiful sunshine swim with Alison at Swanton Morley, forgot my camera so hope you take my word for it I was in the water! For 7 minutes, 10.5°.

Imogen: A contrasting second dip today, at dusk, halfway on a 10 mile cycle ride, lovely sunset then testing my new powerful front light, lots of water in the ford making a nearby pool in the river possible for a three-minute splash, 10.2 degrees. So I’m ahead of myself again, at 14 swims for the month.

Tina: No lucky numbers for me today as I forgot my watch so no time or distance. 10.3 in the yare 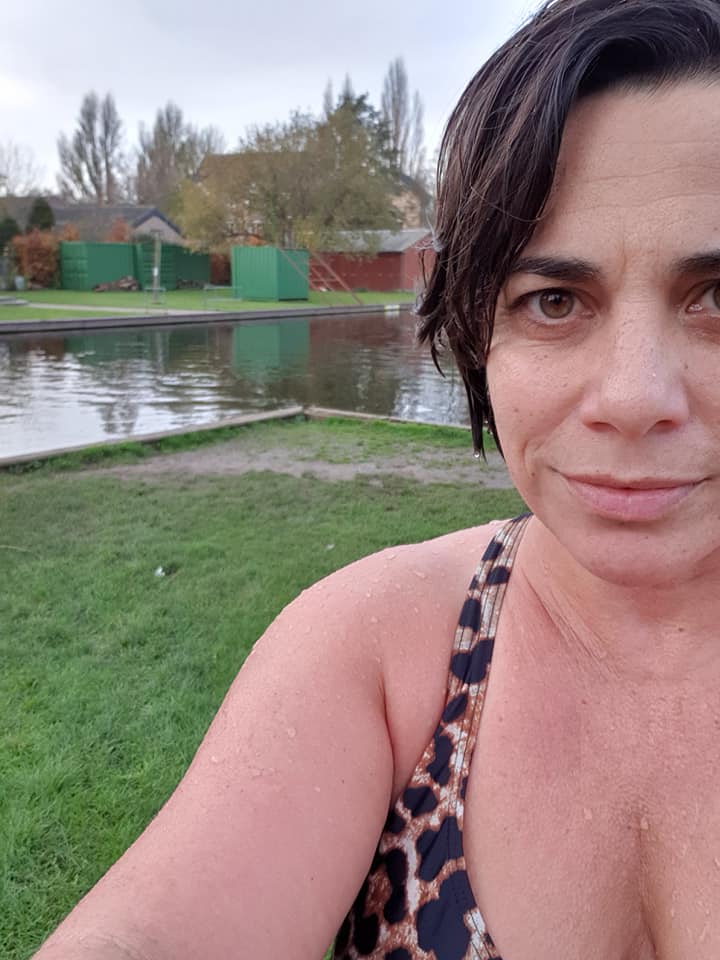 Taff: Rather late to the party, but finally got my first November swim in! Definitely worth the wait though. So lush, and will be oft-repeated. Air temp: Novembery Water temp: bitey, then silky smooth. Didn’t manage to get any lucky numbers in unfortunately….but in my defence I hadn’t paid attention and thought eleven was one of them. Hence time in water. 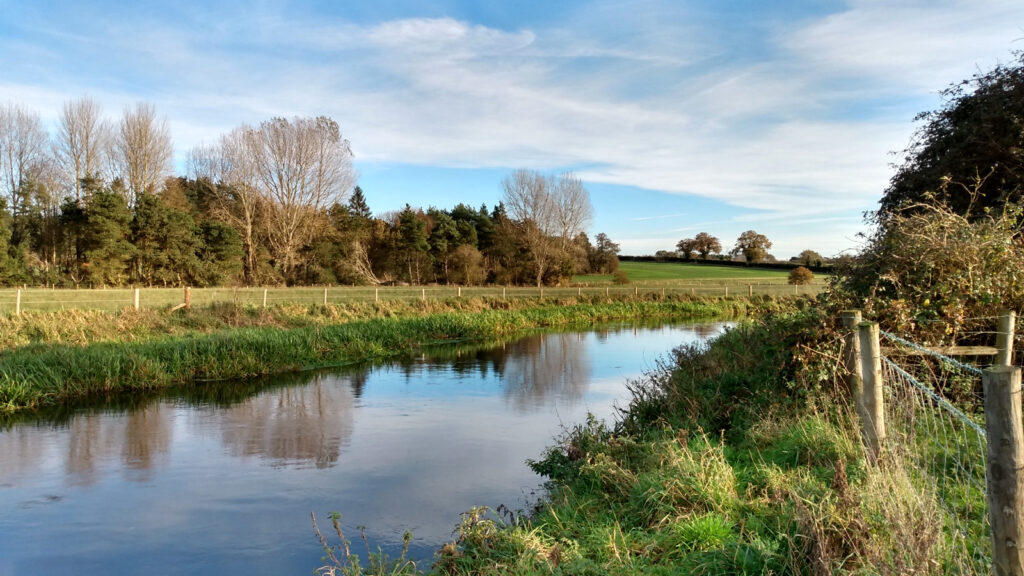 Imogen: Another new spot in the Wensum – excellent for swimming, with some lovely and interesting walks nearby, with a ruined cathedral, old railway tracks, millennium woodlands and meadows. A lovely sunny day, and a lucky five minutes at 10°. Forgot my shoes, but bravely went in without! 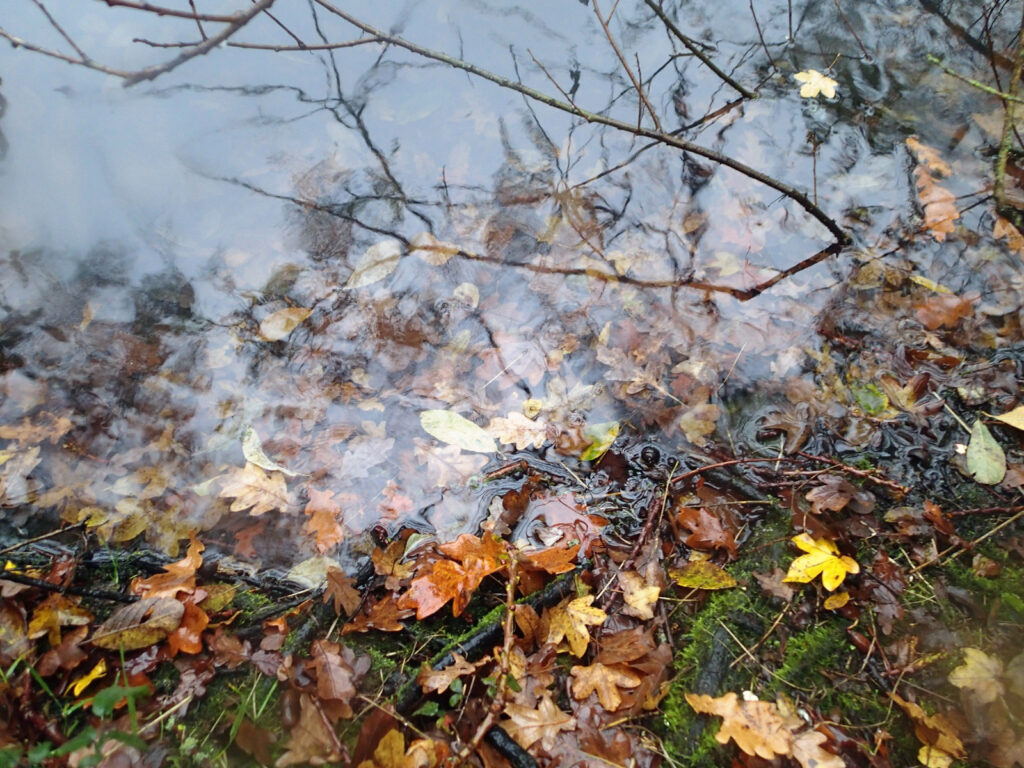 Imogen: Autumn colours on a grey day, for little local dip. Startled 3 roe deer.  Lucky 3 minutes, chilly 8.6 degrees, wore neoprene leggings so I could walk there and back from home and a lovely warm bath (not a problem after a short dip and a walk).

Some positive messages from the Sponsorship page in week 2:

Raising awareness on these issues are important to me and so many others. What you are doing is fantastic – wild swimming but in November and raising funds for GRT charities. Love seeing your photos and post s about where you’ve been swimming. Brrrr!  I admire you all – legends!

Running diversity training courses in many organisations, I have been surprised at the level of prejudice, expressed openly, towards the Gypsy, Romany and Traveller groups. This is reflected across society. I fully support the aims of this swim. I think raising awareness and challenging this, often overt bias and discrimination, is essential.

I’m enjoying seeing your swims on the crazy ladies page. Best of luck!

And here for Diversity swims Week 4 for GRT

A report of the month in the Eastern Daily Press, Swimmers in Norfolk tackle challenge to support travellers

The challenge on the Outdoor Swimming Society website, Noticeboard section.

You can join in or send messages in our public  Facebook event, donate on the Sponsor me page, and read about the issues in this post about solidarity with GRT.

Discrimination against Gypsy, Roma and Traveller communities has been called the last acceptable prejudice. Even people who consider themselves anti-racist don’t always realise the hurt and harm that can be caused, by repeating stereotypes such as blaming the communities without any evidence for litter or for travelling as some have done during this busy and fraught summer.

These communities face a wide range of issues and discrimination – which range from hurtful remarks to material issues affecting all aspects of life. Campaign funds are needed to tackle these deep inequalities in society, improve lives, and provide advice.

Norfolk and Suffolk swimmers who set up this challenge were brought together by a shared love of open water swimming and a commitment to standing up against racism. We are grateful to everyone taking part and supporting and showing solidarity in all the ways!

Photos usually by person named in post next to photo.