A quiet early morning swim, Tues 4 June, Norwich, and some other  swims during the same week. 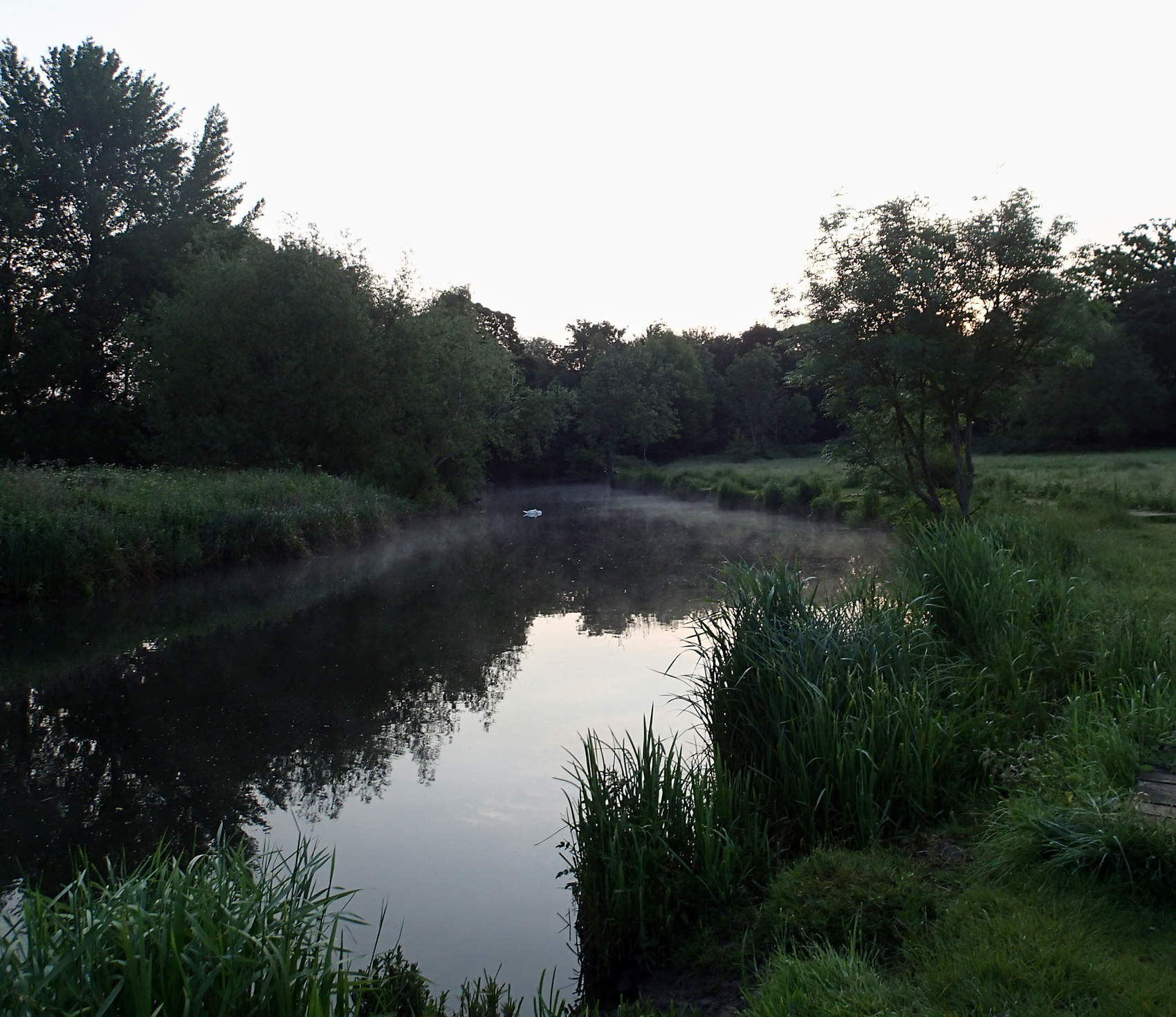 No-one is about. No cars or joggers yet, and no-one from the camper vans is awake as I made my way across the meadow to the river Yare at 530 am. A heron was staring intently into the water, motionless with its back to me. It launched itself into its clumsy looking flight with a startled squawk. A swan that had been sleeping with head under wing protested mildly as I slid quietly into the calm water.

I had forgotten my trusty thermometer, but the mist swirling gently about the water showed that it was warmer than the early morning air, and my guess is that it was similar to when I swam the evening before, so around 18 degrees.

Though fairly warm for an English river in June it still made a refreshing start to a day due to be spent working indoors. The sun was rising behind the trees as I walked back to eat a warming breakfast, just as the joggers were starting to pound by and a alarm clock went off in the neighbouring van. 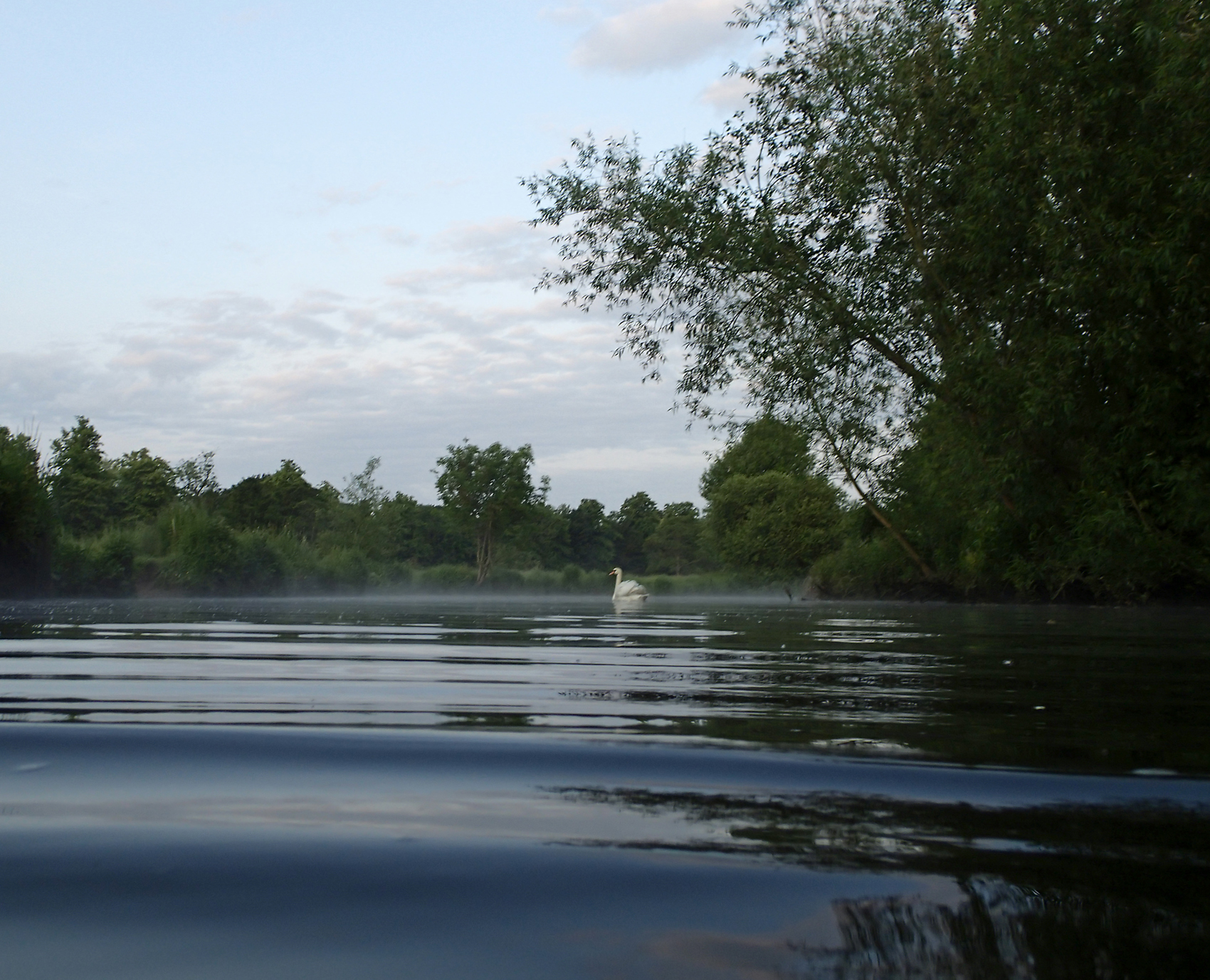 I returned to the meadow several times during the week – in the early morning and in the evening – and it was always different, always lovely, always quiet. 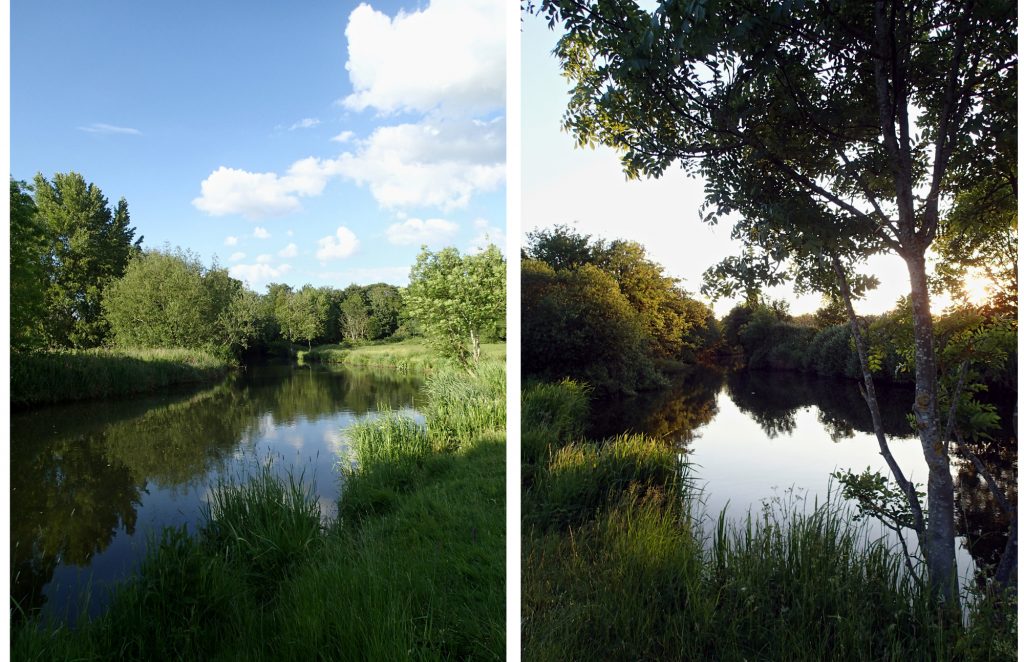 On some early mornings I saw the sun rise above the trees, and on some evenings I saw it set behind the river. I disturbed a group of three families of geese and goslings, which quietly filed into the river until I got in, then they filed out again. On two occasions I saw a kingfisher flash by, and on another it perched on a low willow tree in front of me until it spotted me.

One morning I swam in the Trowse millpond, which has a lovely shallow beach and a big deep pool. It isn’t actually a mill, but apartments or houses built on its site to look like a mill. History of Trowse mill on the Norfolk mills website

Location and other information for Trowse meadow and Trowse mill